Paper cuts very well, with pretty good detail (see the hatching cut out from the doodle in the front for example). I’ve tried cutting acrylic as well, and it cuts well too, but in some of the detail areas, it unmelts into a bit of a blob that makes detailed parts harder to extract. Need to try it again with more power to see if it will cut a wider kerf.

I also tried engraving/rasterizing an image. I think it turned out pretty well, almost exactly what I was looking for. It did burn through a little bit in one section, but I could fix that in the image. The image itself started off kind of “pointilist”, which I vectorized with some of the settings tweaked a bit so it would blurb some of the points together so it would hold together. Then I “engraved” it instead of cutting it out, but with the power set high enough to burn through the paper. 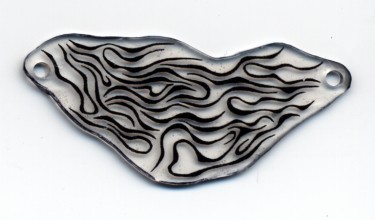 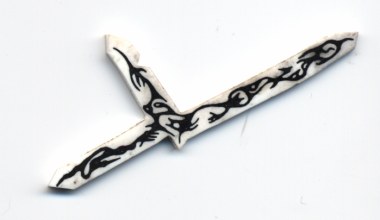 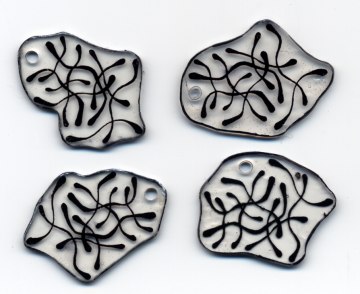 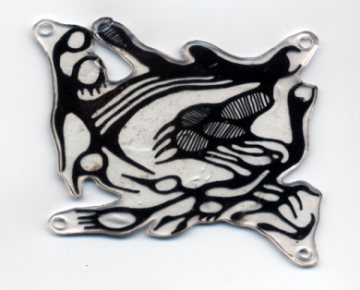 Part of the Shrinky-Dink Series. 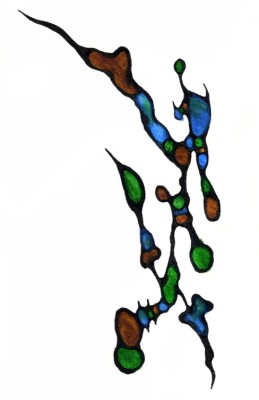 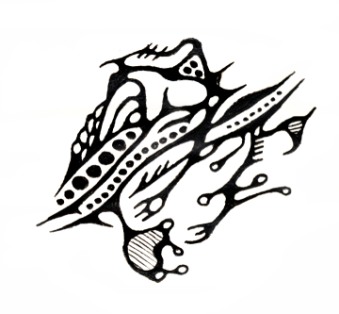 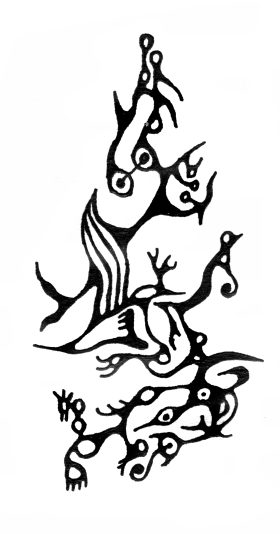 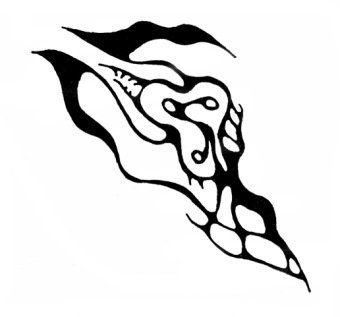