I spent my free time last week building the instrument I played. I call it the Kalimbazooka. It is two kalimbas mounted to a large cardboard tube. It has a pizeo contact pickup for amplification. I added a shoulder mount for holding it, and some red LEDs because everything needs red LEDs.

The music at 919noise shows tend to be all over the map, but it’s weird, often improvised, usually electronic in nature, and weird. The Kalimbazooka and my playing of it meets all of the above requirements.

I have to admit, I spent 95% of my time building and testing it, and not that much time learning how to play it. But it went okay anyway. No one threw anything at me (though that may have been due to me holding a large weapon looking device).

I played a short set, only about 12 minutes or so of actual playing. I try to play short sets at this noise shows, typically aiming for about 20-25 minutes. It felt like I played about three times as long, but I don’t have the best perception of time when I’m nervous. I was worried about having equipment issues, but the kalimbazooka worked great. I did manage to break on of my favourite pieces of gear (a Digitech Space Station), but I can fix it. That threw me off a little bit, since I had practised with it and was planning on using it heavily.

Crowd response seemed good, so I’m happy. I have video of it, so it may go up on youtube at some point.

Now I need to figure out what the next thing I want to build is. I have ideas. Lots of ideas ;-> Thursday, July 23 I (aka, flushio=0) am playing as part of the 919noise showcase at Nighlight

It’s been a while since I’ve played in public, so I’m not entirely sure what I’m going to do yet. But I’ll figure something out.

New revision of the card. No big differences except for the slide now includes useful info printed on it, and the instructions go onto the part of the card that doesn’t get used.

Paper with a pattern on top, and white on the back seems to work best for engraving. This was cut on the Epilog laser cutter.
Lots of adjustments trying to get things to fold up nicely with the different papers. 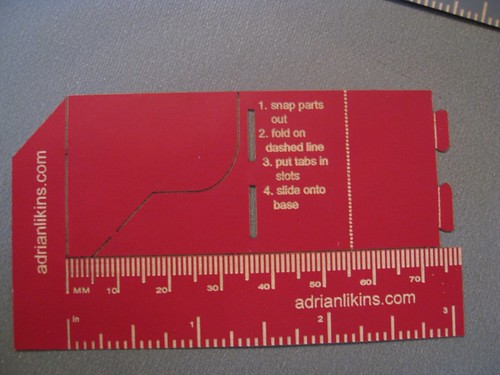 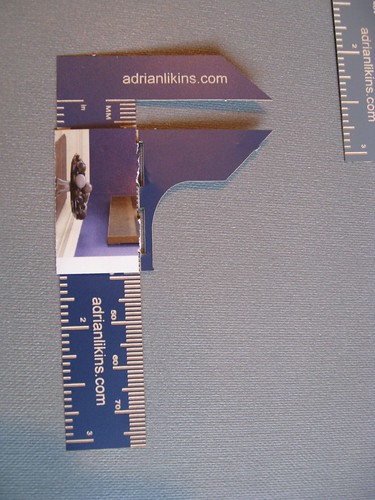 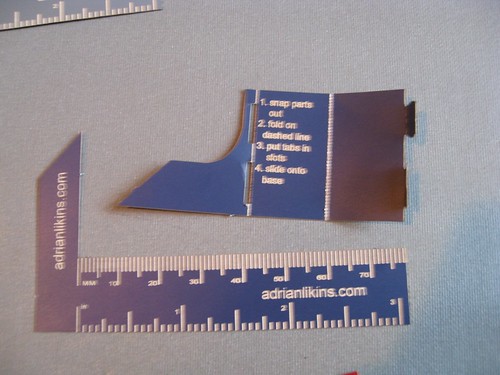 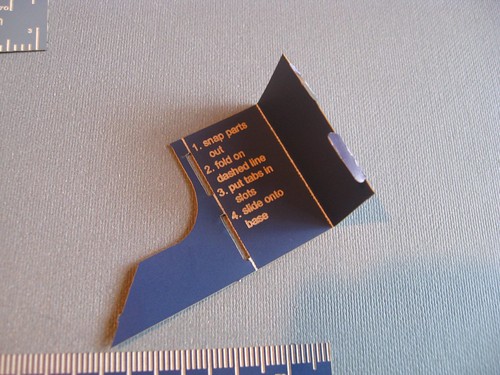 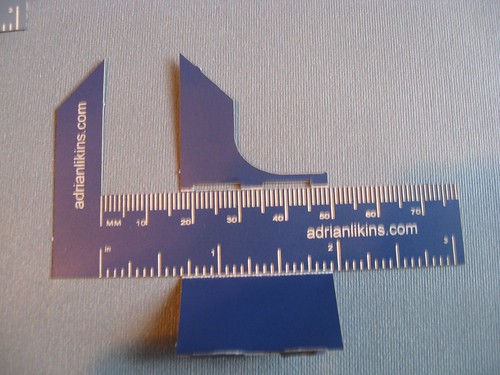 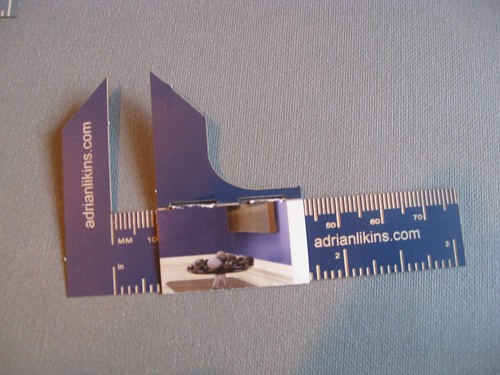 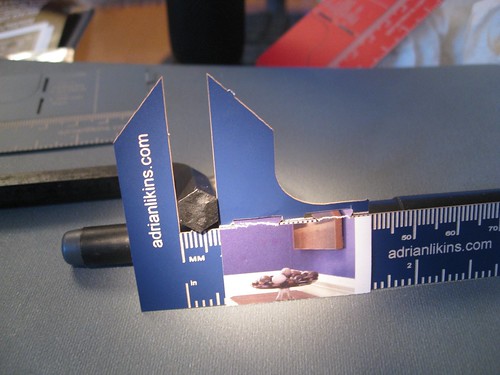